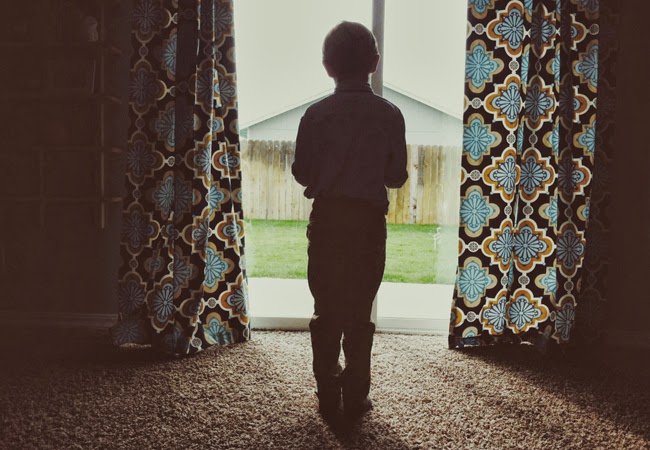 today started out with it's regular sunday expectations. and for the most part everything went seemingly smooth. sunday-ing has definitely become a team sport in this household. and every sunday that andrey helps me to round up the khaki's and button downs - i thank my lucky stars that our sundays have begun to look like this consistantly.

he tugged on my shirt and said:
i want to go up there.

i told him:
hold on.

and to make sure that he had something in his heart that he needed to say.
his little foot started to twitch and he fumbled with his tie for a minute.
and then he stood and made his way up to the pulpit.
his hand trembled holding the microphone - his lip quivered a bit.
he spoke truth and wise old-soul words.
loud and clear with eyes focused on us.
then proudly found his spot back on our pew.
i could feel his heart chugging.
and his relief.

andrey and i were married in a little chapel downtown. and those first few years of sundays together looked alot like a cuppa-starbucks, crawl back in bed, and football until the sun went down. they were dreamy. and snuggly (not gonna lie) but they were also a bit empty. and more often than not began to feel like just an extra day thrown into the mix of other days that felt the same.

then came lucas. lucas jude. with his thump-thumping heartbeat that was bigger than anything else that i'd ever known. we'd wished for him for years. and in what would be the last few months of yearning and waiting for some/any sign of him - reminded me about prayer.
...and that it really works.
i began to find myself on my knees more and more after that.

which eventually found me feeling extra brave on the back-row-metal-seats.
just me and my squirmy two year old.
those were hard days.
heart-achey days.
what am trying to do ??? days.
but we just kept on suiting up and showing up and soon we'd even add a squirmier gavin west to our sunday bench.

charlie grey was born on the sunday of the primary program nearly three years ago to this day. and lucas had an important part to say in the lineup of little ones. he'd been practicing. a lot. enough so that we knew he'd be so disappointed to miss it. and so as i snuggled my fresh little armful of baby boy only hours old, andrey scurried around the house to get the other boys into their handsome clothes. then he climbed into his slacks and shiny shoes, too.

he's been sunday-ing with me ever since.

we've hosted several missionaries in our home over the years. for dinner, for lessons... always welcome. the boys adore them. and in a special holding place in my heart i've always felt that there will someday be a missionary meant just for andrey... 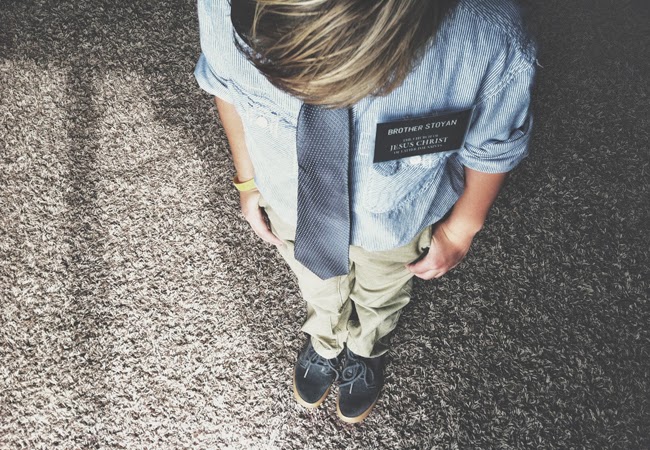 Posted by Lovely Lindsay at 11:15 PM 8 comments: Links to this post 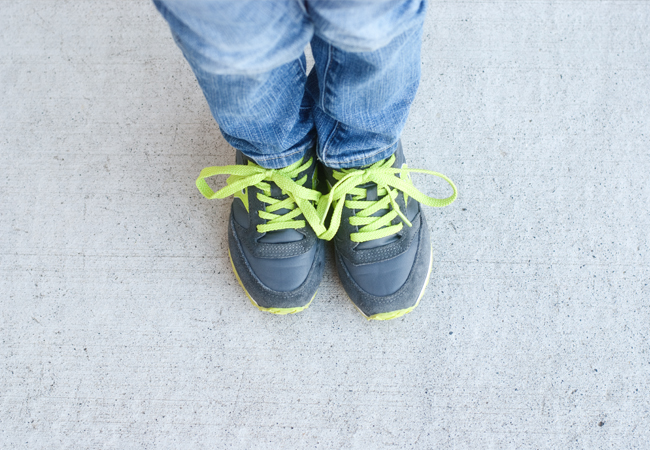 gavin west went to school.
+++
i've been waiting for the perfect minute to get all my gavi-thoughts out.
but i've decided to just keep them sweetly tucked inside.

i watched him from the rear-view mirror on the way to class that first day.
in his carseat. backpack on. crooked smile. dimple showing. arms folded.
i've got that image safely tucked away, too.
+++
i love that boy.
i am so glad that he is mine. 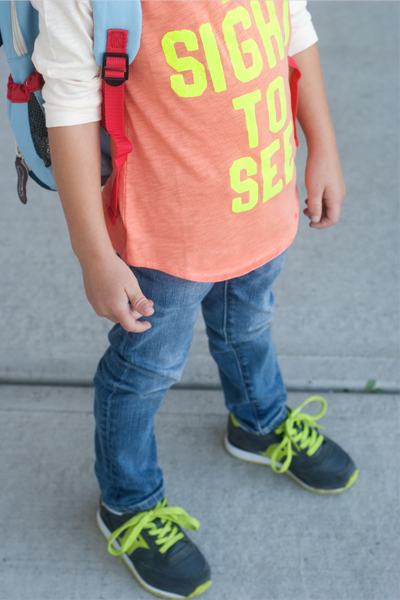 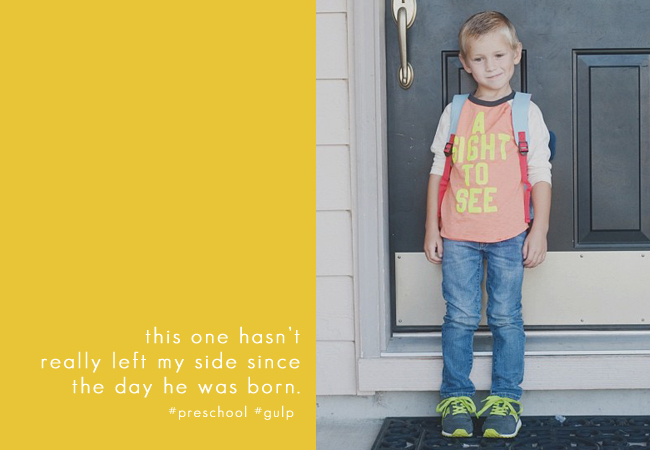 Posted by Lovely Lindsay at 1:54 PM 3 comments: Links to this post 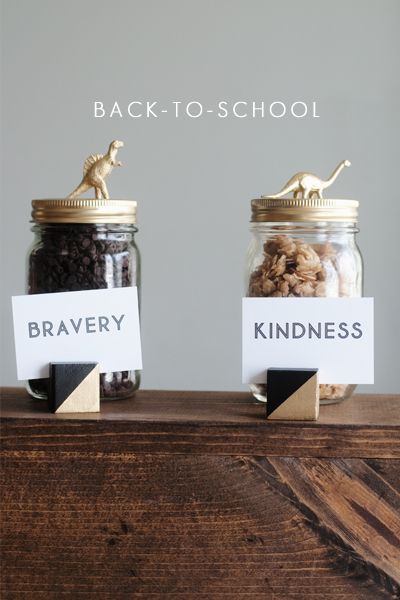 lucas is on to week two of back-to-school and was soooo looking forward to getting his library card today. he'd scoped out the star wars section in the school library last week and was anxious to check-out ALL OF THEM. and today gavin and i went to explore his pre-school, meet with his teachers, learn about his new friends and find the hook with his name on it where he'll be hanging his elephant back-pack.

he's "excited! not nervous!"
ask me how i feel tomorrow when i send him off for a realsies. 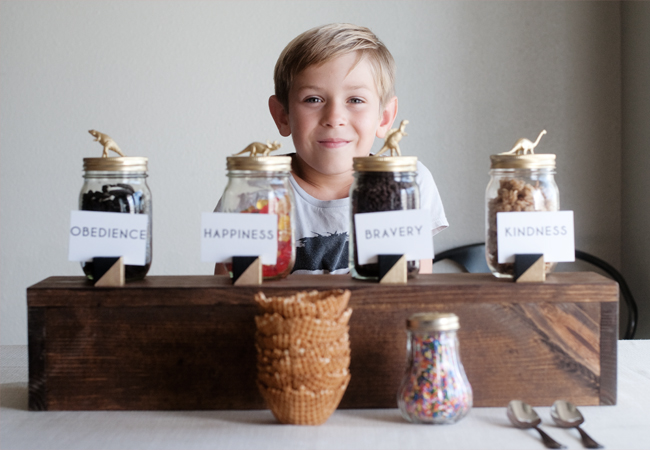 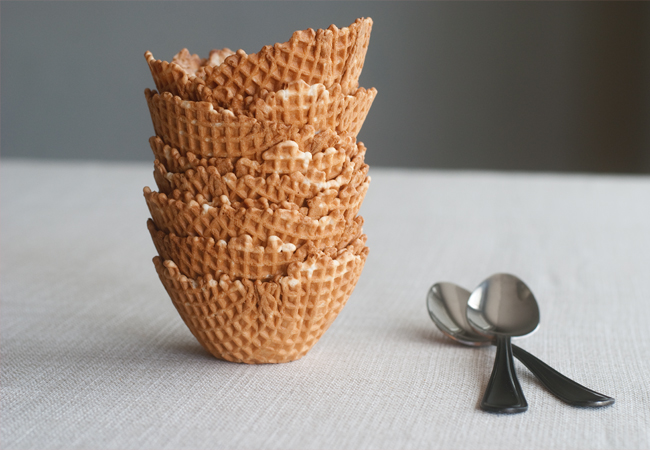 we filled our darby smart dino jars with the same ingredients we've used years before. kindness, bravery, obedience, happiness and last but certainly not least... we sprinkled the tops with a whole lotta love. my favorite part of the whole night is letting andrey tell them the things he wishes for them this school year and most importantly how much they matter to us.  it was especially exciting that we were celebrating gavin this time around, too.

i must tell you that the hour before we sat down at the table together was nuts. they were whiney and grouchy and teasing each other. there were a few time-out's and a "get to your room!" and really - i was about to call the entire evening off. but isn't that how it always goes?!

we pulled it together.
and i'm so glad. because we had a magical night at our kitchen table. listening to their little/big boy thoughts and worries, while we shared our hearts and sweet treats. there was even a little brotherly advice from lucas jude to go around.

i love these boys.
and can't wait to see what they do with this year.

Posted by Lovely Lindsay at 10:51 AM 6 comments: Links to this post