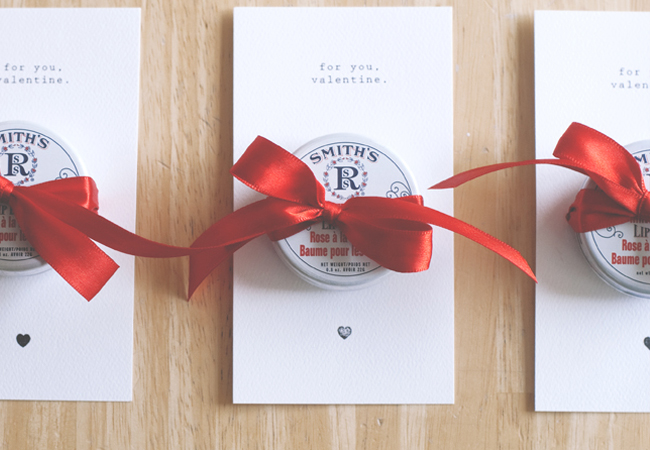 i know that valentines day is soooo yesterday and that easter goodies are already stocked on the shelves but i'm still feeling all lovey. it's one of my favorites. maybe even THE favorite holiday of mine. and i'm not quite ready to pack it up just yet.

some classics:
-the year my first real highschool boyfriend met me at lunch hour with a long stem yellow rose (red roses were for conformists) and a mixed tape. it may or may not have included a selena song.

-the year my entire group of friends walked to mcdonalds for candlelit big mac's and some fancy date night bowling at the alley next door.

-the year my dad came home from work with with a handful of roses - one for each of his four daughters. along with a book he'd selected just for me and filled the front cover with fatherly advice and love.

-the year my boyfriend (a different one) rode a greyhound bus from college to deliver me flowers three states away. so irresponsible...

-the year andrey and i agreed to only exchange love notes. and ended up having our first real fight over egg drop soup and gross chinese food. the argument was about the food we'd be serving (or not serving) at our wedding. i left him in the pleather booth by himself. he met me out in the car with his love note... and we still got married a month later.

-the year i was very pregnant with our first baby and my love brought me home a box of handpicked chocolates (heavy on the salted caramels) a heart shaped pizza and the movie elizabethtown.

-the year i took a pregnancy test and cried over my molten chocolate lava cake about the addition of a third babe so soon after the second.

-and this year. the year we sat on the living room floor and said something we loved about eachother. my four handsome valentines, all of whom are very aware that this is very much a girly holiday... showered me with kisses and sweet nothings. 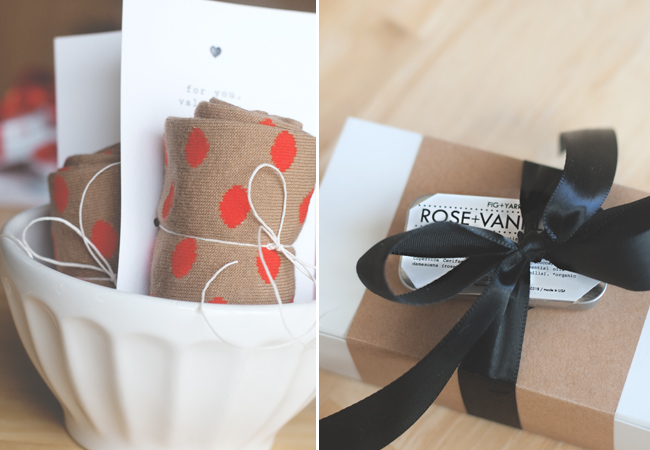 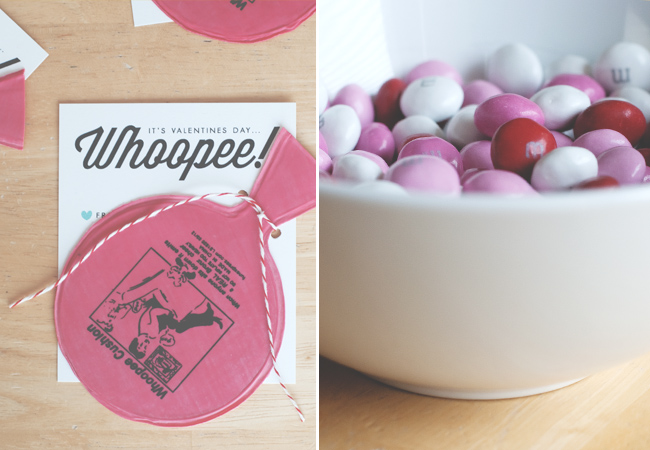 Posted by Lovely Lindsay at 9:55 AM 10 comments: Links to this post 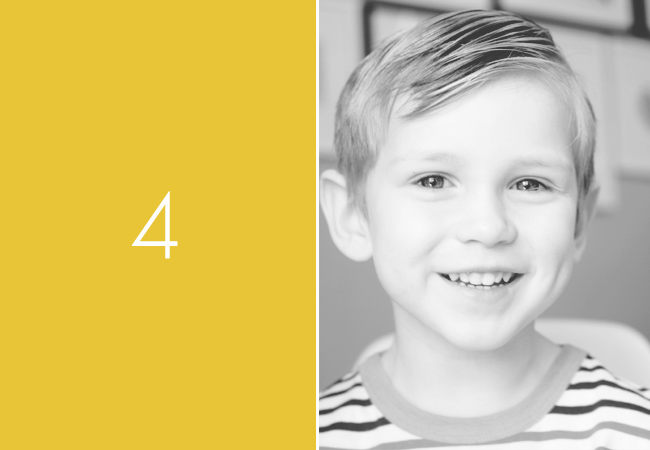 for months we had been asking gavin if he was four yet to which he'd answer,
nooooooo! i'm still threeee!
his uncle jeff had been asking for weeks if he could sing him happy birthday - to which gavin would put his hands up to his ears and give a stern glare (much like this one...) even talks of parties and cakes and presents were still followed by crocodile tears and cries of "i don't want to grow bigger!" i was almost certain that we shouldn't even plan a party for a day he didn't seem to be looking forward to.

a few days before the dreaded birthday he started to come around. he decided on a store bought diego cake, made a simple gavin wish list and picked a few of his best friends to go on a little adventure with us. turning four was a go after all!

lucas and i stayed up late the night before to decorate the house while he slept. we were soooo excited! and to everyone's surprise gavin woke up on tuesday morning the happiest four year old ever.  while still rubbing his sleepy eyes he squealed, is it today? am i four... today?! followed by a long sigh and a whispered  finally.
apparently he just didn't want to turn four until he really had to.

my gavin is full of true character and i love him to bits.

get ready for a gazillion pictures of gavi-turns-four because it was quite possibly my happiest of mothering days. 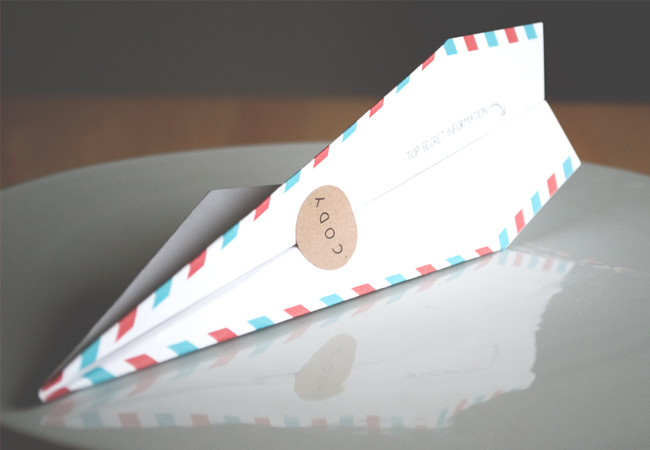 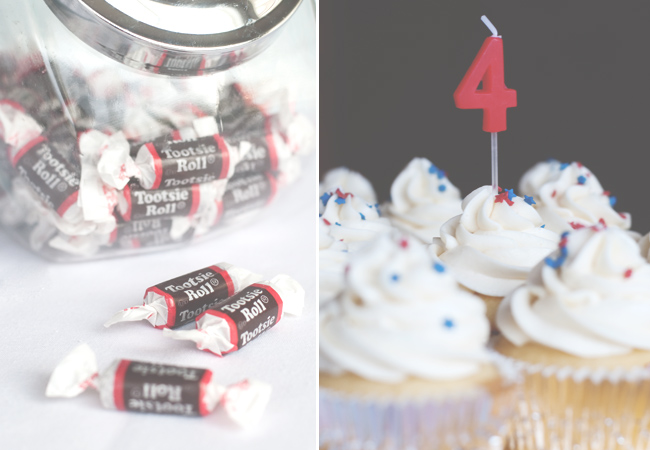 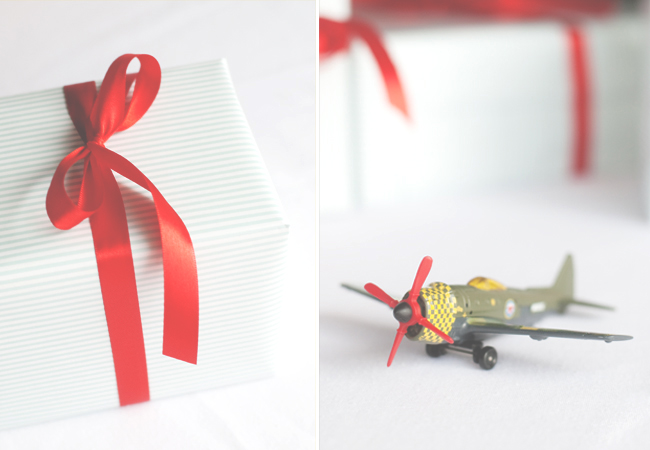 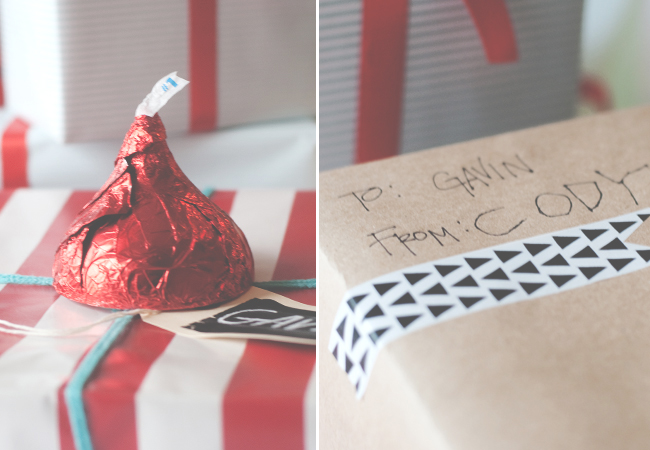 thanks to my dad we had a connection at a local airport for private planes and jets. gavin invited only his three closest friends - which in the end made all the difference. they were comfortable with each other and truly best friends. we were all able to happily interact without me feeling craaaaazy. lucas was still at school and charlie was at his cousins so it was really a day just for gavin. we loaded up into my mini-van and headed out on our adventure. 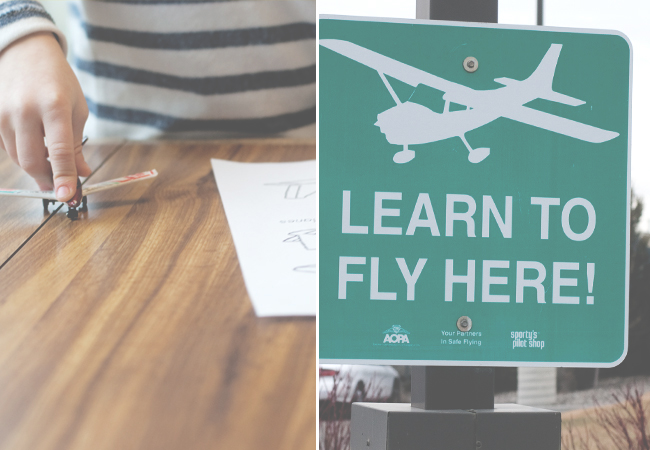 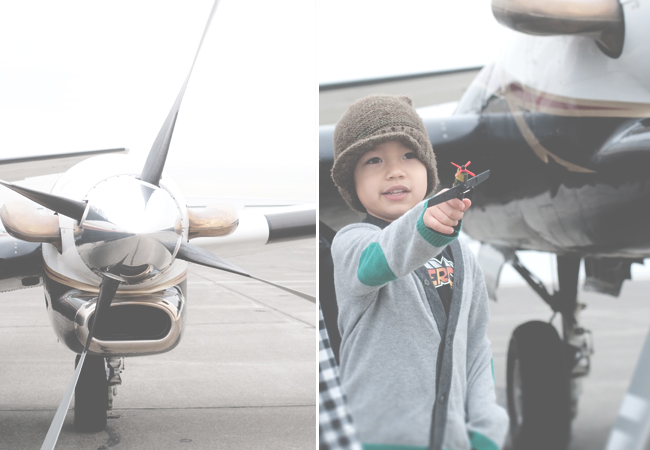 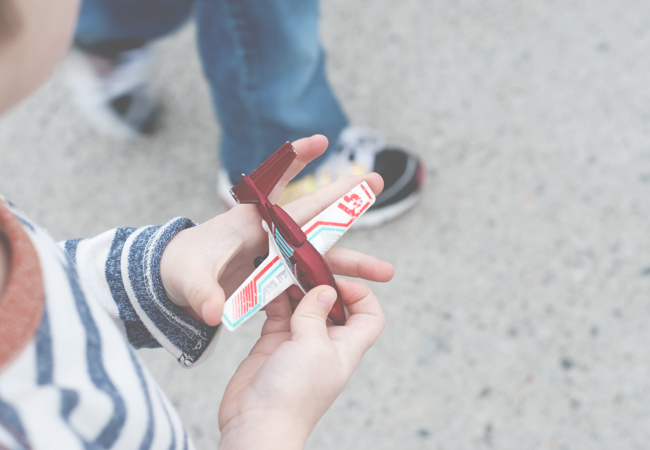 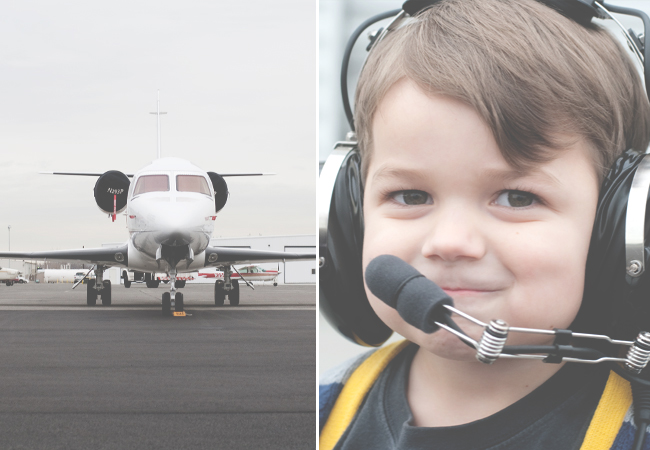 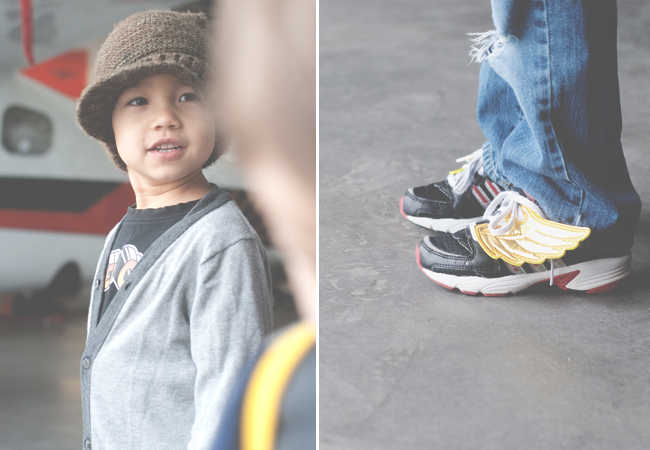 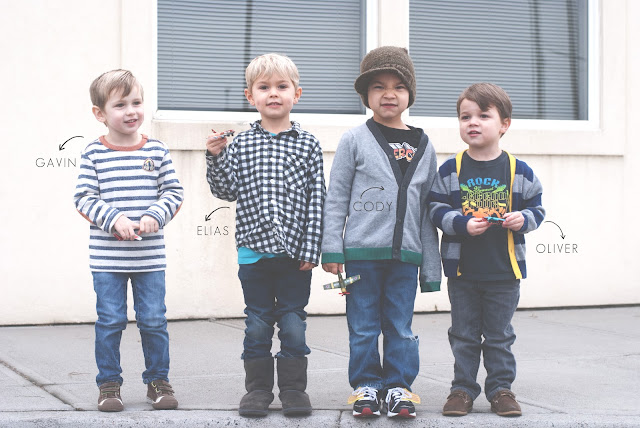 (that is cody's monster face  he had me take a couple of re-takes to get it just right.)
we were given a top secret tour of the place. we saw all kinds of planes! we saw planes on the runway. planes starting their engines. planes taking off! we saw planes in the shop. and plane parts and pieces. airplane mechanics and airplane pilots.  they each took a turn in the cockpit and opening the GIANT hanger door. we were in little boy heaven. and the boys were so good! and asked the best questions!
it was magic. 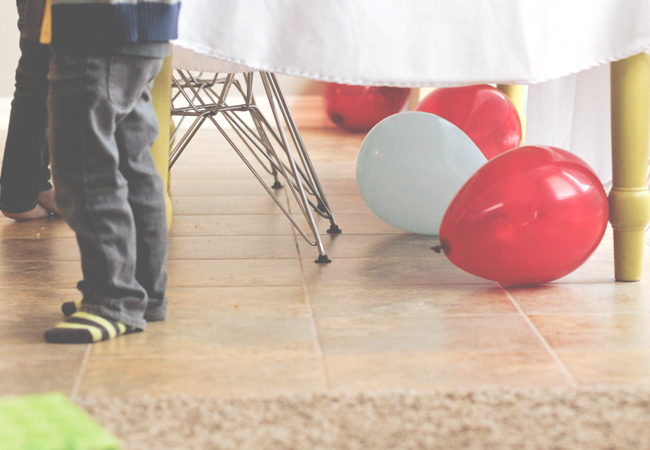 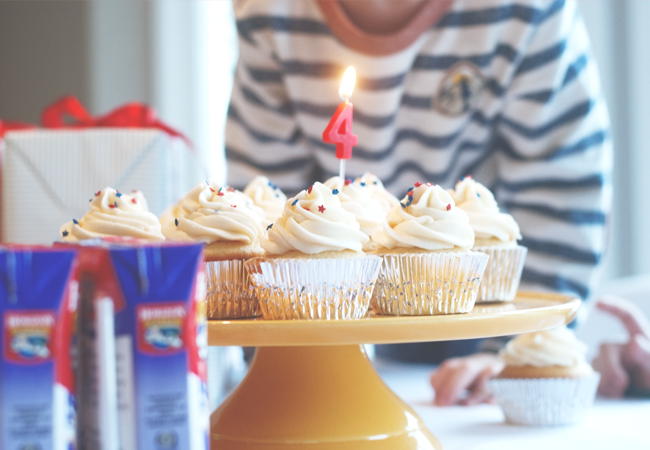 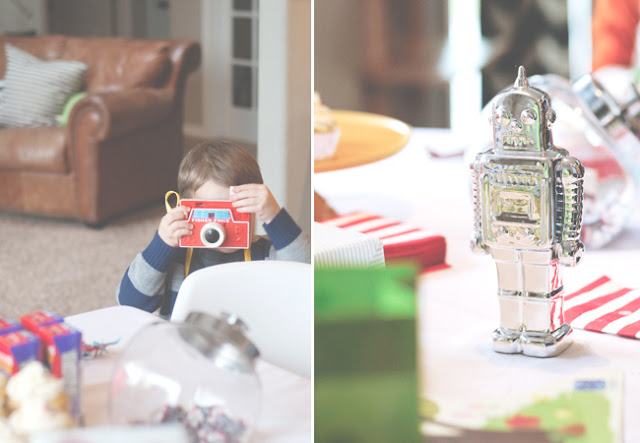 we headed back home a mini-van full of the happiest little boys. i overheard cody tell oliver, good thing we didn't fly away on a real adventure. my mom would've missed me.

back at the house we partied. we sang haaaaaappy birthday to yoooooooou! and celebrated with perfectly frosted cupcakes and balloons. his friends gave him the best gifts. things they knew that gavin would really love. and i felt so grateful for this circle of sweet boys. crossing my fingers that they stay bff's forever.

my baby is four. and four is best. i think i'll keep him this way. no more growing bigger, ok gavi?
Posted by Lovely Lindsay at 4:22 PM 10 comments: Links to this post 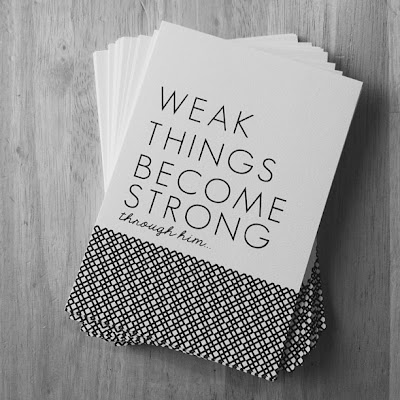 i taught the lesson in our relief society class this past sunday afternoon. the topic was my choice and finally on saturday afternoon (of course) after months of pondering and praying... came to this:
weak things become strong through him.

i have been learning to teach from the spirit and less + less from the manual and prepared outlines. the magic that happened during that one hour with my sisters was amazing.
we discussed.
we taught each other.
and we ran out of time.

"...if we are truly humble, meek, and reachable in the face of our weakness and we don't just give up... because we don't know how to do it or it isn't a reasonable priority today.  we don't stop trying to improve just because last year's new year's resolutions didn't make it to february. we keep working on our endless list: the less-than-stellar sunday school lessons, our impatience with our children, our lackluster prayers, our fifteen extra pounds, our irritability with coworkers, our messy garage, and all our other human weaknesses.  and as we do so we are open to learning, willing to prioritize and to be as prayerful, patient, and honest with ourselves and others as we know how to be.
...and when we are not, we try again, confident in God's love and grace..."
- from Weakness is Not Sin by Wendy Ulrich


PS: download your own 5x7 prints here. one for you and one for your neighbor.
oh, and read that book. it's good.
Posted by Lovely Lindsay at 11:12 PM 5 comments: Links to this post